Moving Company near me Naperville

Ampol Moving, Inc., is always there for you. From the  very beginning you will always be able to feel the difference! As a top-rated local Naperville mover, we specialize in residential moving. Do your homework! If you choose an honest, reliable and dependable moving company like Ampol Movers, you will get a company that will provide a worry-free move. Our professional movers are able to handle anything ranging from antiques, pianos, glass and marble items to artwork, kitchenware and any other fragile items you may have. 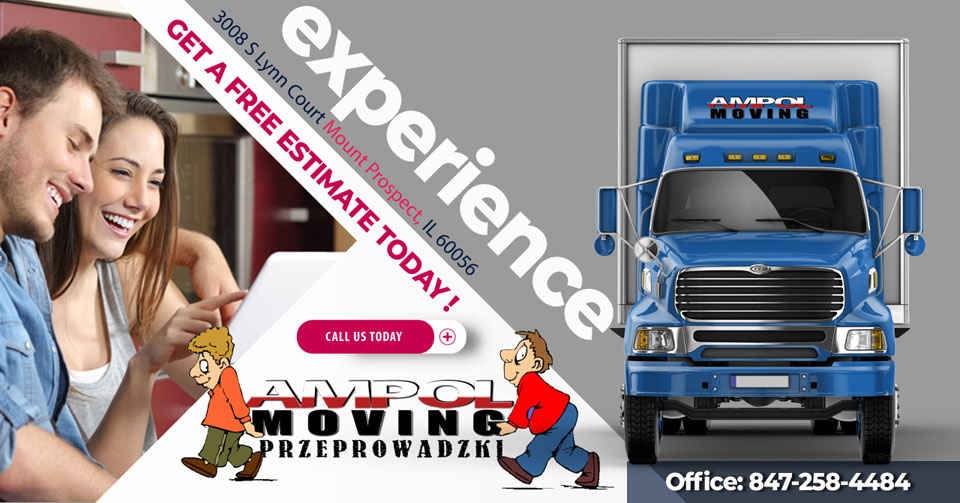 Choose Our Naperville Movers Our moving company has the largest moving capacity of any of our local competitors. We are a family owned and operated moving company and have been moving people in the Naperville Area for many years.

Looking for the best movers in Naperville?

Get started today with a free quote and find out why Ampol Moving company is the #1 rated Naperville moving company.

Naperville, Illinois is an exciting, vibrant city that consistently ranks as a top community

in the nation in which to live, raise children and retire. Naperville is located in DuPage and Will Counties. Ranked by Money Magazine as one of the “Best Places to Live” in 2005, 2006 and 2008, Naperville was also named # 1 on the “Small Businesses Best Places to Live and Launch” list in 2008 by Fortune Magazine. Naperville has about 200,000 residents and close to 50,000 family households. Naperville’s median income is over $130,000, and the median home value is about $400,000. Naperville has some of the finest schools in the country, and the Naperville Public Library System has been ranked # 1 in the United States each year from 1999 – 2010, for cities having 100,000–249,999 residents. It’s no wonder that homeowners decide to remain in the Naperville area even after they sell their homes. Retirees who decide to downsize, frequently choose to stay in town, only in an apartment. They want to stay close to their friends and family, but lose the house and gain an apartment! And, when it is time to move, there are a lot of movers to choose from, but Ampol Movers is by far the best and most affordable in the region! We are your local Naperville moving company!

Ampol Movers has the knowledge and experience to handle all sorts of moves.

We transport thousands of special items each year. Customers all throughout the region count on us to deliver the service they expect. You can, too. Ampol Movers has the expertise to move special items. As well as pianos, our movers can handle practically any large or unusual item you may have. Sometimes you may wonder if you should hire professional movers. Why would you trust someone other than a professional to perform the move properly? It may sound cheaper, but in the end, it may be the most expensive move you have ever made. With Ampol Movers, you always get the advantage of experienced moving crews. With our movers, you receive high quality and most bang for your buck. So, does it make sense to hire the pros? Certainly! To schedule us for a free on-site estimate, call Ampol Movers today! Cheap Naperville movers !